skip to main | skip to sidebar

Moe has it right here

And he can't say it at RedState, for obvious reasons. But he sure can say that here!

I agree with him. for all the reasons there are. Historical, economic, individualist. Whatever. There is nothing, in my opinion, that communism has to show for itself, except pain and grief. And dedicated fans in the prosperous West, who don't or won't recognize that they can't have what they have now if they get the regime they want.

Moe and I are roughly the same age with just as roughly similar backgrounds (Union and Democrat parents), we were born in the midst of the Vietnam war and grew up in it's aftermath. We both were taught by teachers who cut their teeth on the "peace" and "antiwar" movements. It WAS the '70s and '80s after all. He got much more of it than I - he went to college and got "a liberal arts major with a degree in English lit and some grad school work in library science". I joined the Navy. We both came out alright. I think he had a harder time of it, though. Much more to wade through.

He makes the point that communist countries can't even feed themselves, and therefore they are by definition illegitimate. This is true. Many of us who are our age and older remember Carter's wheat sales to the USSR, and we wondered then, why do they need our wheat, if they are this huge country pledged to our destruction? Why can't the feed themselves? Why do we need to feed them so they can kill us?

But it's more than that. Communism killed the soul of those it let survive. Everything for the state, no individuality please, thank you. That's why they had cars like the Trabant (and were grateful for it) and not cars like the Syrena Sport.

The West, relatively (and more in some places than others), was a "work hard, play hard" kind of place. And it let you play hard, if that was your wont. Behind the iron curtain, it was "work harder" and all glory was to the state, prole, be happy you are furthering the glorious revolution! Isn't that what you want? To be part of something larger than yourself?

That last sentence is key, I think, to the mindset of those who were caught behind the curtain and those who hold nostalgia today. We ALL want to be part of something larger than ourselves. It gives us meaning and a sense of belonging and purpose. I joined the Navy for that very reason. But I think those that fetishize communism and socialism feel the same way, that they are furthering a cause. That makes them dangerous. They're not doing it for themselves, you see, but for humanity. And nothing, not even human bodies, are too high a price for human perfection.

But Moe, you, and I know that the perfect is the enemy of the good. 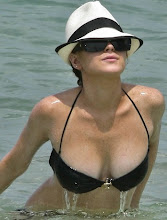 A Brief Explanation of Why We Are Fucking Conservatives